The importance of sleep is currently a bit of a trendy topic in the fitness world and rightly so. Sleep, or rather a lack of it can be responsible for increased stress and depression, reduced performance and energy, decreased appetite, fat gain, muscle loss, increased chance of illness and the list goes on. So you can see why sleep is so important.

It is all to do with the way sleep affects hormones. Basically getting less than the optimal amount of shut eye (7-9 hours for most people) reduces insulin sensitivity, reduces testosterone production, increase cortisol and lessens the melatonin and serotonin. What does this mean?

There is a great article that covers many more benefits on the Sleep Judge website here. 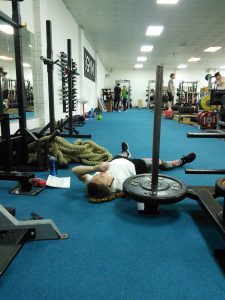 The good news is that most of these levels can be normalised by catching up on missed sleep. Getting enough shut eye is also vital for general health as studies have shown that a lack of rest is linked to a lower immune system and an increased risk of viral and bacterial infection as well as heart disease.
Fat loss goals can be affected as appetite regulation is disrupted and a calorie increase is likely when not enough sleep is achieved. Also, sports performance can suffer if the neurotransmitters are not replenished, meaning the central nervous system doesn’t recover as well, leading to loss of reaction time, energy and endurance. Not to mention the already stated drop in testosterone.

So, what can you do? Here are some strategies to help you get some shut eye. 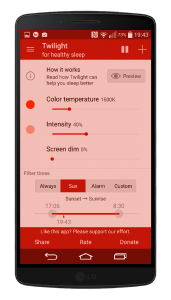 So, as mentioned the blue light from mobile phones and other screens cause a disruption to hormones as they mimic sunlight. Fortunately there is an app for that. On your computer try installing FLUX or on an android device TWIGHLIGHT. These run in the background and apply a colour filter when the sun goes down. On Apple devices there is no such app but you can adjust your settings to do a similar thing: